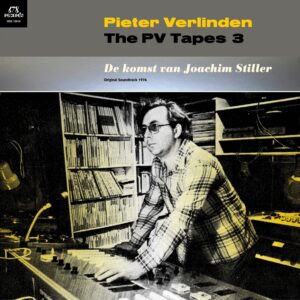 Pieter Verlinden (1934-2002) was an exceptional composer responsible for hundreds of scores and soundtracks for television, ballet, theatre, movies and documentaries mainly for Belgian and Dutch productions. Real treasures of film music.

Only a handful of these productions were released on vinyl and some of them are sought after, for example, his 1974 soundtrack for De 5 van de 4-daagse (The Five Are Marching In).

Born in 1934 in Mechelen, Pieter Verlinden trained as a classical musician and played violin in the Belgian National Orchestra at a very young age. From the Sixties, he was responsible for the sonorisation of countless television programmes for the Flemish national television service BRT. From 1970, he started to work as a composer for television series, dramas and films. In Belgium, he collaborated with directors like Juul Claes, Jan Matterne, Harry Kümel, Benoit Lamy and Paul Cammermans. In The Netherlands, he composed music for films and series directed by René van Nie, Paul Collet and John van de Rest. 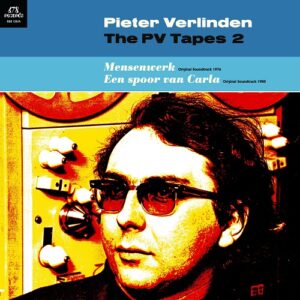 After being contracted to make a film score, Pieter Verlinden watched the rushes of the film on videotape and decided exactly which particular scenes and moments would need his music. He used a stopwatch to accurately time all the scenes he wanted to score. At home, he wrote down all the music as scores and made his own arrangements. This process took place in complete silence: all his music was written without using any instrument. This is quite remarkable, for instance, when you listen to the score of Jambon d’Ardenne. The Verlinden music was sublimely recorded, mostly in the famous Decca Fonior studios in Brussels, where they hired the best Belgium session musicians. Verlinden worked for BRT, so he often used the Francis Bay Big Band. From the Eighties on, he also recorded his own music at his home studio using early synthesizers.

Pieter Verlinden’s work is inspired by contemporary film composers from the seventies, especially Ennio Morricone. But he managed to create his own sound: a very rare, surrealistic universe of dark melodies, melancholic tension, pounding drums, tight rocking basslines, cello chops and wah-wah guitars. Heavy drums, breaks and open samples are the ingredients of the Verlinden sound.

The majority of Verlinden’s music has never been heard and is unknown. Most of his work was only preserved on the original master tapes in his personal archive, systematically stored in the basement of the house where he composed all this music.

Frank Jochemsen & Sander Huibers from 678 Records are proud to be the first for many years to be allowed to listen to the hundreds of tapes. They have selected the best music for releases, starting in 2022. With the album series The PV Tapes, 678 Records pays tribute to the maestro of Belgian film music. If these soundtracks had been released at the time, we are convinced that they would now be serious collectors’ items! 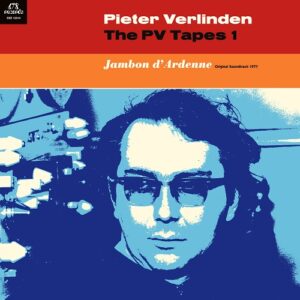